What Is The Deal With Sexting? 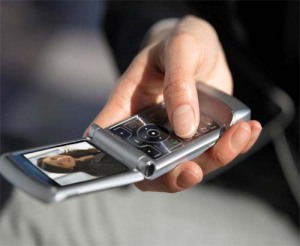 Welcome to Lovin’ Friday here at More Cowbell! Last Friday we did the Life List Club blog hop, but today we’re going to talk about dating and relationships.

(If you have a beverage, you might want to put it down for a minute.)

There’s been an interesting dating trend amongst my Circle of Single BFFs over the last year. I value the opinion of my More Cowbell Posse so I’d like y’all to weigh in on things.

What is the DEAL with all this Sexting? There’s a whole lot of it going on!

Scores of my friends are doing it as part of their current dating process, and they are now ranking it as a dating skill they value.

NOTE: This is very different than the way our United States senators and professional sports icons have been doing it. I’m not talking about the creepy factor here.

For the record, are you sexting?

Just in case you’re not sure, I looked it up in the Urban Dictionary so you’d be certain whether you were or were NOT doing it:

Sexting: When two people (usually a guy and a girl) send dirty text messages back and forth to each other. Pictures may also be included, but only if you’re lucky.

A-ha! There it is. That’s what my girlfriends are up to.

It’s like an entirely new step in the dating process. It’s even been added into my BFF’s “Will I Sleep With This Person” Checklist, which now reads like this:

I’ve only been out of the game for eight years. It’s crazy that The Checklist could have been updated so fast.  I mean, MOST things have remained the same. The great kisser part, certainly.

If a man can’t kiss, he’s certainly not getting to second base. I’m sure all of you, male and female, feel the same about whoever you’re thinking of hitting the sheets with. Surely, anyone who has kissed a lot of frogs can relate to Charlotte in THIS video:

But sexting earning a place on The Checklist?? Shut the front door.

I was shocked this week to learn that (at least with the gals I know) sexting has become a major component of the dating process and is likely to tip the scales in the favor of hitting the sheets faster if the guy’s a pro. (Guys, PLEASE weigh in on this…I want to know if this is a universal trend.)

I’ve been trying to wrap my busy brain around the concept all week long. Whatever happened to flirting and late night phone conversations? When did we degenerate from heated looks and face-to-face chemistry to having sex by proxy? And WHY do I need to see a photo of a dude’s wanger before I’ve even seen his pecs? *cue Twilight Zone music*

(And Holy Cowbell…will this change the “Levels of Intimacy” chart I use in my writing? AAAAAGGGGGHHHHHH!)

Top 4 Reasons I’ve been given for the “Joy of Sexting”:

I get the safety part. Same with compatibility after some of the twisted things they shared. The imaginative component is valid too, but jeezy-peezy…I don’t want to get all hot and bothered while I’m home by myself. Maybe I’m just too impatient, but it seems to me that foreplay is something best done LIVE.

One of my BFF’s said that “if she doesn’t like the way he sexts, she won’t sleep with him.” Again, WHAT?? I was speechless for at least a minute over that one. (I’m not usually the speechless type, in case you hadn’t guessed.) The trainer in me objected immediately. What if the person is a visual learner rather than an auditory learner? I’m just sayin…

Maybe I’ve just been out of the dating game for too long, I thought to myself. I kept searching for the answer, only to get sidetracked by Wikipedia. Look at this gem:

Sexting is the act of sending sexually explicit messages or photographs, primarily between mobile phones. The term was first popularized in early 21st century, and is a portmanteau of sex and texting, where the latter is meant in the wide sense of sending a text possibly with images.

TANGENT ALERT:
Portmanteau?? Does that strike anyone but me as hysterically funny? Definitely, that’s my Word for the Week! I think I need to use it in a sentence:

Thunderwear is the portmanteau of “thundering manly weapon” and “underwear.” Useful information, no?

Sorry, that “portmanteau” business was way too shiny to resist…back to SEXTING.

I’m not saying there’s never been a “hurry home, I’m naked” text sent between me and hubby but lately some of my girlfriends have substituted sexting for a date. According to them, “it’s just easier.”

Easier than what? My fingers would cramp. (Note to self…Sexting discriminates against carpal tunnel sufferers. I see a lawsuit on the horizon…)

Plus, if you’re sending pictures, you have to actually LOOK GOOD. At least, back in the day when two people dialed each other up for some nice old-fashioned phone sex, nobody could see that the other was actually in flannel p.j.’s with no make-up and ratty hair.

It just seems to me like yet another way today’s daters are jacking up the whole process in their efforts to keep interpersonal contact to a minimum.

Is anybody else scandalized by this turn of events? Is “great sexting” a requirement on your attraction checklist? Are you part of the Sexting Fan Club? Enquiring minds always want to know here at More Cowbell!

p.s. If you don’t have the “Levels of Intimacy” chart, let me know and I’ll share mine in a Techie Tuesday post.

Have a great weekend!
Jenny

Blog Alert:
If you have a baby shower to attend any time soon, I recommend you read last week’s Risky Baby Business post, 7 Things That Rocked My World During Pregnancy, before you go shopping. Tomorrow’s RBB post is about the things that rocked my world once Baby Girl was born. And yes, it will say more than just “SLEEP.” 🙂

66 Responses to What Is The Deal With Sexting?