What Is In a Rock Star’s Undie Drawer?

As y’all know, the undie drawer is always a topic of speculation here at More Cowbell. I’m reading Roni Loren’s Wanderlust right now (only $3.99 on Kindle!), a sexy summer read. I’m only halfway through and I’m wildly curious about what’s going on under her hero’s clothes.

His name is Lex Logan and he’s my new yummy book boyfriend. I’ve decided he’s named after the villain who kept Superman in the phone booth, stripping down to his underpants. (That’s Lex Luthor, for the non-geeks.)

I dig me some Lex Logan! And since I know Roni Loren, a super-fabulous smexy author, and her books are on my auto-buy list, I wangled my way onto her blog tour for some Q&A. I’m really, really enjoying the book. 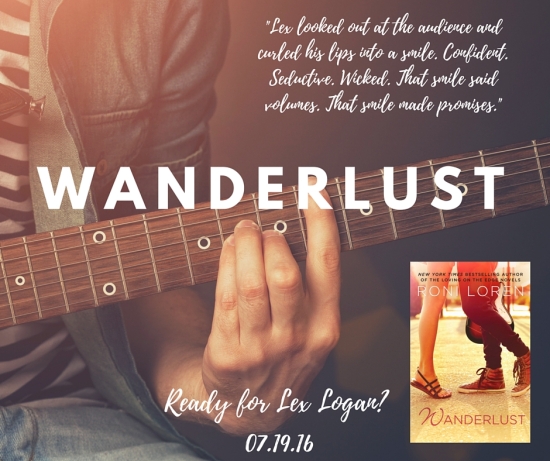 My questions and comments are below in pink.

1. Why did you choose to set the book and character in the music world?

I love all kinds of music, but rock music has my heart. Going to concerts is one of the things my husband and I love to do most, and there’s just something so irresistible about a guy with a guitar (or a drum kit).

2. What was your favorite part of the research?

Drooling over hot rockstars at concerts? Lol. Oh, how my dear husband puts up with me. I once nearly fell on my face getting close enough to Dave Grohl (Foo Fighters) to pat him on the shoulder. And hubs is still laughing about that time I completely lost my s**t when Jordan Knight (of New Kids on the Block—so not rock music, but my adolescent obsession) came into the audience to sing a song on a platform right in front of me. Somehow my rather introverted grown self turned into the screaming fourteen-year-old version of me. O.0  Not my proudest moment.

[This cracked me up, as I DO know how introverted Roni is. Score one for Jordan Knight! First crushes are the best.]

But on a more serious note, I also read rock biographies The Dirt by Motley Crue and It’s So Easy by Duff McKagan (of Guns ‘n’ Roses). I read those just because I wanted to and love both bands, but it ended up being helpful research. And hubs and I are junkies for rockumentaries. Foo Fighters’ Back and Forth, Thirty Seconds to Mars’ Artifact, Tom Petty’s Runnin’ Down a Dream, and Pearl Jam’s Twenty were all amazing. Plus, we’ve watched pretty much every episode of VH1’s Behind the Music.

3. Biggest surprise encountered during the process?

That this book has finally made it to the shelf. I wrote the original version of Wanderlust back in 2009 before I was ever published. My debut book, Crash Into You, was the book I wrote after this one. But at the time, rockstar romances weren’t popular and were almost frowned upon. Now they’re a thing. Guess I was way ahead of the trend.

4. What kind of undies do your hero and heroine wear?

Aubrey’s a pretty practical girl, so cotton bikinis would be her go to. I think I have a scene where Lex is wearing boxers, but he’d also be the type to just go commando. Rockers do wear their jeans pretty tight. 🙂

5. Biggest surprise to be found in each of their undie drawers…

Lex would probably tuck his song lyrics in there because he doesn’t like to share them until the song is ready. Aubrey hasn’t dated in a long time and is all about being self-sufficient, so she’d probably have some self-help. (IYKWIM.)

Hello, my posse! I’ve been on vacation for a while, so I’m delighted to return to More Cowbell with a bang, so to speak.

This is the last week of Roni’s blog tour, so jump in if you want to be in the running for the Amazon card giveaway (Rafflecopter below), or ask Roni any questions.

I’m back to my regular posting schedule as of next week. 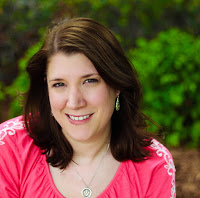 Roni wrote her first romance novel at age fifteen when she discovered writing about boys was way easier than actually talking to them. Since then, her flirting skills haven’t improved, but she likes to think her storytelling ability has. Though she’ll forever be a New Orleans girl at heart, she now lives in Dallas with her husband and son.

If she’s not working on her latest sexy story, you can find her reading, watching reality television, or indulging in her unhealthy addiction to rockstars, er, rock concerts. Yeah, that’s it. She is the National Bestselling Author of The Loving on the Edge series from Berkley Heat.

From the New York Times bestselling author of the Loving on the Edge series and Off the Clock, a story of sex, love, rock & roll, and a reporter who’s about to learn a new meaning for staying on top of her assignment…

Restaurant critic Aubrey Bordelon is never at a loss for words to describe her meals in the fancy restaurants of New Orleans. But after her magazine’s high-profile music reporter falls ill, she finds herself out of her element and in a sea of screaming fans awaiting Wanderlust’s lead singer, Lex Logan. The sound of his voice gives her goosebumps, and the stage presence of the hard-bodied rock star takes her breath away. So when he pulls her onstage for a sexy stunt, she knows she’s in real trouble.

Lex doesn’t want to pretend that the sparks on stage between him and Aubrey never happened, but it certainly makes the fact that she’s writing a story on his band all the more dangerous. The last thing he needs is some nosy reporter revealing their problems to the world. But the sexy Southern belle doesn’t give up easily, and soon, he’s wondering if the best way to chase her off the story is to coax her into his bed…

9 Responses to What Is In a Rock Star’s Undie Drawer?