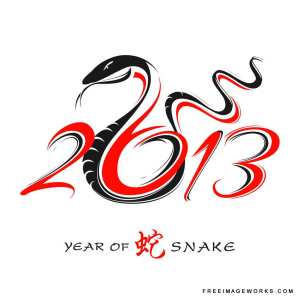 Last year was the Year of the Water Dragon, which is reputed to be lucky beyond all belief for writers.

Fae Rowen, one of my fellow Writers In The Storm gals, was crazy excited about the Water Dragon because that’s her year and it’s “majestic.”

I’m the Year of the Earth Monkey and Lord knows there’s nothing majestic about that.

This is the year of the, um…snake.

HOW am I supposed to keep a straight face over this?? “The Year of the Snake” just begs for some jokes. Ex: “Is that a Snake in your birth year, or are you just happy to see me?”

I’ve got a picture in my head of all of us running around in these (see below), hissing at each other and dancing through the kitchen. 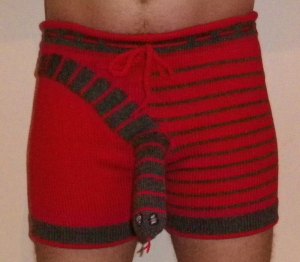 Really, y’all need to save me from my over-active imagination. I snorted my way through this entire post because there’s TONS of jokes here that I left on the table, so to speak. Y’all can feel free to crack the “snake humor” in the comments section.

Note: If you need to find out which animal you are, click here.

I don’t see my Earth Monkey mentioned anywhere up there. Hmmmm. And who has MONDAY as the lucky day of the week? I’m just sayin…

If you’re scratching your head over this “Year of the Snake” thing (did you see I gallantly left that joke untouched?), here’s the basics:

This 2013 year of Snake is meant for steady progress and attention to detail. Focus and discipline will be necessary for you to achieve what you set out to create.

The Snake is the sixth sign of the Chinese Zodiac, which consists of 12 Animal Signs. It is the enigmatic, intuitive, introspective, refined and collected of the Animals Signs. Ancient Chinese wisdom says a Snake in the house is a good omen because it means that your family will not starve.

The Cosmic Element and Color of 2013 year of Snake

The 2013 year of Snake is Water Snake. Water Snakes are lucky with finances, they always seem to have money flowing their way. They are adventurous spirits and love to take risks. They are also very intelligent and often a wellspring of creative ideas.

The color of the 2013 year of Snake is Black. The Black Snake will bring people unexpected changes, instability, and changeability. That is why it is important in the year of Snake to plan everything beforehand, and evaluate adequately before taking any actions.

Years of the Snake

Snake Years are sixth in the cycle, following the Dragon Years, and recur every twelfth year. The Chinese New Year does not fall on a specific date, so it is essential to check the calendar to find the exact date on which each Snake Year actually begins.

The Snake is the intuitive, introspective, refined and collected of the Animal Signs. They are attractive people who take cries with ease and do not become flustered easily. They are graceful people, exciting and dark at the same time.

Contemplative and private, the Snake is not outwardly emotional. He can appear cunning and reticent and works very modestly in the business environment. The Snake will plot and scheme to make certain things turn out exactly as they want them to. They are not great communicators and can become quite possessive when they set their minds on achieving the interest of a partner.

People born in the Year of the Snake share certain characteristics. Following are features associated with the Sign of the Snake.

The Overall Trend in 2013 Year of Snake

2013’s horoscope predicts it is a good year to begin important detail work. Research and investigation are supported. The Snake has sneaky energy that can be to your advantage *if you know what I mean*.

A new-found ambition to greatness will inspire you to be all you can be, and provide you with the follow through to actually achieve your goals, And, 2013 year of the Snake also supports added responsibility.

Create a safe space to work from this 2013 year.

The Snake likes protection (dying!), needs to feel safe and secure to utilize its special analytical skills. This is the year to make headway in slow and methodical ways. Things will definitely be accomplished as you focus forward.

If you want to read more about the Year of the Snake, click here. For more on Chinese New Year celebrations and customs in general, click here.

OK, whew. I’m done having decorum over all this snake business. A dirty mind is a terrible thing to waste, but I promised a pal I’d report accurately.

Do you know what animal you are in the Chinese zodiac? Do you have any snake jokes you’d like to slip into the comments (IYKWIM)? Do you join in the Chinese New Year celebration? Enquiring minds love to know these things here at More Cowbell!

Avid seeker of "more"...More words, more creativity, More Cowbell! An extrovert who's terribly fond of silliness. Founding blogger at Writers In The Storm (http://writersinthestormblog.com). Write on!
View all posts by Jenny Hansen →
This entry was posted in Holidays, Thoughty Thursday and tagged Chinese New Year, Jenny Hansen, Year of the Snake, zodiac. Bookmark the permalink.