Wheeeee! We have my pal, Stacy Green, taking More Cowbell by storm today. And on a ROW80 check-in day too…if you’re swinging by for that, click here to encourage your peeps.

When I found out about Stacy’s charity blog tour, I asked her to add us to the list of stops. I love the way she’s got the raffle set up and I’m looking forward to the book. In the meantime, I’m reading her novella, Welcome To Las Vegas. And it’s scaring the crap out of me…

Thanks so much to Jenny for welcoming me to her awesome blog today! I’m excited to talk about INTO THE DARK and the charity blog tour I’m running.

1. Tell me about each of your main characters in 50 words or less.

Emilie is a master escape artist–she’s escaped a manipulative ex-husband and a cruel mother. She’s also vulnerable and on the edge of emotional disaster. Nathan is perceptive, loyal, and brave, but damage from his past drives him to atone for what happens to Emilie.

2. The book features the homeless living in the Las Vegas tunnels…Tell us more.

At any given time, around 200 people live in the storm drains beneath Las Vegas. Many of them are addicts or recovering addicts, many survive by working the Casino junket and finding unused credits. Still others work small jobs here and there or do whatever it takes to get by. Some have been there for months and years–some love living below. Others see the tunnels as a temporary place until they get back on their feet, and a relief from the Nevada sun.

Reporter Matt O’Brien spent months investigating the tunnels and interviewing several of its residents. He tells the story in his book, Beneath The Neon. It’s an inspiring and heartbreaking place–a total contradiction of how most of us see Las Vegas.

Because of their criminal history and availability, I chose to use the tunnels as an escape route for the Taker, but they became much more than that. The tunnels–and their fictional inhabitants–added an extra layer to INTO THE DARK and played a vital role in both Emilie and Nathan’s character development.

3. What would you love your readers to know about this book?

INTO THE DARK is more than just suspense with romance. It’s about fear, secrets, lies, and all the bad things that can happen to people. It’s also about learning from those terrible moments instead of letting the past control you. Ultimately, both Emilie and Nathan have to come to terms with that concept before they can move on with their lives–together or separately. And my villain–the Taker–isn’t your average bad guy. Everything he does has meaning and is dictated by his past. His torment is the perfect example of why we have to move on from the past, because it can destroy us.

I think because I’m easily bored. I love the combination of suspense and action that thrillers have, and if they’re written well, the character transformation that’s needed in order to beat the ticking clock.

5. What’s next for you? Will this book be part of a series?

So many things planned! My second stand-alone novel, Tin God, will be available in March. You can find more about it here. I’m also working on a series–the first book should release in the fall–about a forensic psychologist and the concept of whether or not people are born evil. It’s got some great villains and even better twists, so I’m really excited about it!

Thanks again to Jenny for having me. Now for my favorite part of the post!

Enter the INTO THE DARK Charity Raffle!

The homeless living in the storm drains of Las Vegas played a vital part in INTO THE DARK, and I want to give back. From November 1st until February 28th, participants will have several options to enter the raffle, including donating to HELP of Southern Nevada. The grand prize will be a $100 donation from me in the winner’s name to the homeless shelter of their choice.

And there’s more! To celebrate the release of INTO THE DARK, I’m giving you TWO ways to win a $25 Amazon Gift Card! Both options will get your name into the drawing, which runs from November 5th until the end of my blog tour on January 30th.

Entry Option 1: Earns FIVE entries in the contest. Email Stacy your receipt of purchase (simply copy and paste proof of the order into the email, excluding personal information) of INTO THE DARK or the answer to this question: in what state was the Taker born and raised?

Thank you so much for reading, and I hope you enjoy INTO THE DARK!

An Excerpt from INTO THE DARK (digital and print release – November 30th).

Stale air washed over Nathan as soon as he stepped into the room. Half of the track lighting flickered. Old equipment and boxes of office supplies littered the unused space. Two paramedics stood talking to an auburn-haired woman—Emilie. Her head was bent so that her hair shielded her face. She looked smaller and more fragile than Nathan had imagined. In the far corner of the room, Johnson and Chris struggled to force the door open.

“Bastard jammed it shut,” Chris said as Nathan inspected the door. It was made of sturdy oak. Rusting metal rods held the planks together.

“This sucker is old, Nate. Our perp didn’t put it here.”

“How the hell did he know about it?”

The door splintered open after several blows from the ram. A fetid scent oozed out from the gaping crack.

Weapon raised, Nathan peered over his shoulder into the dark opening. At first glance it appeared to be nothing more than a crude hole in the wall, but on closer inspection, he realized it was a long, narrow passageway. Decaying redwood posts supported the walls. Warped plywood served as a makeshift ceiling.

“Give me some light.” Johnson led the group single file over the threshold. “Be ready. The son-of-a-bitch is probably hiding.”

Nathan flipped on his Glock’s tactical light and shined the beam in the tunnel. The walls of earth rippled with the movement of insects as they sought refuge from the foreign light. The cobwebs were so thick in places the ceiling couldn’t be seen.

Pre-Order Into The Dark

Available NOW:
Welcome To Las Vegas, a short story featuring the perils of the Las Vegas storm drains. Contains an exclusive excerpt from INTO THE DARK.
Amazon
Smashwords 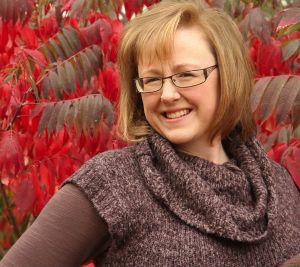 Stacy Green is fascinated by the workings of the criminal mind and explores true crime on her popular Thriller Thursday posts at her blog, Turning the Page.

After earning her degree in journalism, Stacy worked in advertising before becoming a stay-at-home mom to her miracle child. She rediscovered her love of writing and wrote several articles for Women’s Edition Magazine of Cedar Rapids, profiling local businesses, before penning her first novel. Her debut novel, INTO THE DARK, is set in Las Vegas and features a heroine on the edge of disaster, a tormented villain, and the city’s infamous storm drains that house hundreds of homeless. INTO THE DARK is available on all digital formats and paperback November 30th.