I had so many things planned this week for More Cowbell and not a one of them has happened! What has  happened?

What has been the biggest surprise? Besides how amazing the RWA-Women’s Fiction Mini-Conference was? Besides how fun all the WANAs are? (Because that didn’t surprise me.)

How freaking gorgeous Jami Gold and Janice Hardy are!! 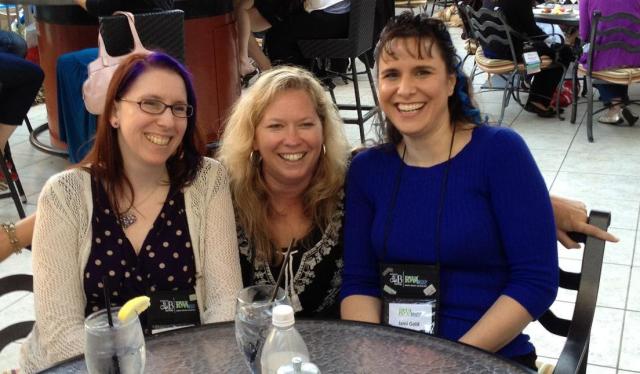 I knew I admired both these ladies as bloggers, but who knew they had sassy color streaks in their hair and were SO FUN. Not me, that’s for sure. Trust me, they are. 🙂

So, I’m going back to the upchucking portion of the program now. I just missed y’all and wanted to check in. We’ll see whether I get a ROW80 post up or not.

In the meantime, be well and have a great weekend! And if you’re a WANA pal attending the RWA12 conference, I think you need to come party at my house on Sunday at 11 am. I’m just sayin….

Have you been to a writing conference? What was your biggest surprise? Are there things I need to know about how to deal with a vomiting kid? (Because I’m clueless, people…CLUELESS!!!)

43 Responses to RWA12, Kristen Lamb’s Blood and Sick Babies…Oh My!