Reasons Not to Self-Publish: A Fallacy is Exposed — by Gary Gauthier:

Welcome to Life List Friday! It’s time to blog hop with the Life List Club, a fun event we do every other Friday. This is a continuous chain of inspirational, fun posts and we hope you’ll participate with all eight of us (there’s a list in the lower right sidebar)!

Today, I’ve got Gary Gauthier here at More Cowbell, giving his thoughts about self-publishing (a VERY hot topic). In the meantime, I’m over at Sonia Medeiros’ blog discussing The Most Important Writing Lesson I Ever Learned. I hope you’ll click on the link to come see me when you’re done reading Gary’s post.

ANNOUNCEMENT: On December 30th we’re having a Life List Club Milestone party and that means PRIZES!! I am giving away two prizes – one to a commenter on any post (between now and 12/30) and one to a subscriber. If you do either of those things between now and the end of December, I will put your name into the hat for your choice of the following:

p.s. For information about the Deja Vu Blogfest, read to the very bottom of this post.

Without further ado, heeeere’s Gary…I expect his topic will generate  a LOT of discussion in the comments. 🙂

Reasons Not to Self-Publish: A Fallacy is Exposed
by Gary Gauthier

I recently ran an Internet search for “reasons not to self-publish” and ended up reading Edan Lepucki’s attempt to answer the query in a blog post. In my opinion, her tone is one of partial jest, but the response was voluminous and some of it harsh.

What prompted my search in the first place was the September 2011 sales report of the Association of American Publishers. Boiled down to the bare essentials, these are the numbers: 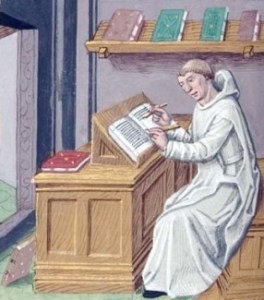 Nowadays, anyone can publish. And as the number of available ebooks grows, systems for finding the books you like will improve and become more sophisticated. Book sellers have an incentive to make it as easy as possible for you to find the types of books you like.

Ereader use will proliferate and further entrench ebooks as the readers become available in Wal-Mart discount bins for the price of calculators.

Is Traditional Publishing a Viable Option?

Most writers can choose the traditional method of publishing the same way a freshman in college can choose to become a professional athlete or the CEO of a large company. It’s certainly possible to achieve either goal, but how many freshmen are realistically in control of these outcomes?

The real choice is whether a writer wants to query publishers. A professionally edited and formatted manuscript is only the beginning of the query process. The savvy know it takes a tremendous amount of work and a portion of luck just to get noticed by a publisher. Mark O’Bannon’s The Odds of Getting Published compares getting a publishing contract to winning the lottery.

Publishers make decisions based on market opportunity. The reason public figures so often receive publishing contracts is because there is a ready and waiting market for their books. A publisher’s priority is not the next great story or a literary masterpiece. Works by Pulitzer-winning journalists, retired politicians, professional athletes and rock stars are more likely to sell.

“Authors need to be prepared to convince an agent of their ‘marketability,’ and potential for commercial success – an agent’s main goal, like the publisher, is to make money.  [You] need to persuade the agent that [you] are capable, adaptable and able to be molded into a brand.”   Jazza Gealice, Importance of Author Marketability

Other than someone with potential access to a worthwhile market, publishers look for books that fit into a mold that has proven its ability to sell.

While academic professionals need to publish for career-related reasons, most don’t write novels or mass-market non-fiction. They write articles that are published in journals which circulate among their peers.

The true value of a book is its content.

Self-publishing empowers writers as never before and I believe the coming changes will inspire and unleash a torrent of creativity.

The reason for the misconception that only a publisher can produce a well-written and properly formatted book is because, until recently, they had an effective monopoly on all published works.

Publishers don’t train or groom writers and don’t have a unique ability to edit books, format them or design great covers. The problem they solve is mostly one of scale and distribution. Before ebooks, the amount of capital required to print a large number of books, market and distribute them, made self-publishing infeasible. It is now affordable for an author to hire professional help for all the steps needed to publish a stellar book.

Deciding to query publishers is a personal decision. Have you thought about whether you want to invest time and effort to query publishers? Do you believe some of the items I have speculated about are likely (or not likely) to happen? 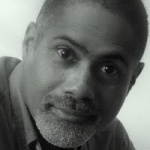 Gary Gauthier is working on his first novel, a crime thriller set in New Orleans just before Hurricane Katrina’s landfall. His blog, Literary Snippets, gives him an opportunity to express and share his appreciation for art and literature. He occasionally posts articles as well. Some of his favorite writers are Thomas Hardy, Charles Dickens, George Eliot, Nathaniel Hawthorne and Edgar Allan Poe. But this changes from time to time. Stay tuned!

The Deja Vu Blogfest is today! Sponsored by mystery writer, DL Hammons, this blog hop includes more than 150 bloggers (including MANY of our friends here at More Cowbell). Be sure to click on the link above to support these bloggers! 🙂

54 Responses to Reasons Not to Self-Publish: A Fallacy is Exposed — by Gary Gauthier: