Will You Look Back Without Regrets? by Marcia Richards

Welcome to Life List Friday, y’all! I’m delighted to bring you Life List Club’s co-founder, the ever-sassy Marcia Richards. She’ll be your hostess with the mostest while I’m off gallivanting at J.A. Bennett’s blog.

To find out more about the making Life Lists, click here. To blog hop with us today, click on any of the names under the Life List Club Blogroll in the right sidebar.

I’m so excited to be here on More Cowbell while Jenny goes over to Jennie Bennett’s, A Book, A Girl, a Journey blog to  guest post. I’ll be ready to start in a sec…as soon as I push this pile of really sexy undies off my chair.

Will You Look Back Without Regrets?

I admire strong women. Those who step out of the comfortable zone where most of us dwell.  Women of courage and determination despite their struggles. Women who set out to follow their passion despite the odds of reaching their goal. These women don’t strive to reach for their dreams for publicity or pats on the back. They do it because they have to. The quest calls to them and won’t stop calling until it’s mastered.

One such woman, Diana Nyad, Open Water Marathon Swimmer, is someone you should get to know. I’ve been following her story and I’ve never been more inspired.

62 year-old Diana Nyad is an athlete and her message to others has always been persevere, live your life, follow your passion. She has been an inspiration to millions around the world. Diana’s recent expedition was her third attempt to successfully cross open water in a specified number of hours.

Training for this event was a 2-year haul. By August 2011 she was ready – physically and mentally. She would swim the 103-mile stretch from Cuba to Florida’s Keys in 60 hours. She began with confidence but not long after beginning danger struck. Diana was attacked by Box Jellyfish – venomous and aggressive ocean animals – a mass of them that covered a 1/2 mile area. She was attended to by her staff and chose to go on despite the extreme discomfort.

The next night, the jellyfish attacked Diana again. After being treated with shots for the pain and a neutralizing liquid on the burns, she got into the water again to continue. She was determined to realize her dream.

Each time the team stopped during these attacks, they drifted a little further off course which meant more time added to the swim. Her handler was worried for her health and advised her not to try again, but Diana needed to get back in the water.

The third attack the following night caused Diana’s dream to crash down around her. She had been so severely injured, if she were attacked a fourth time it could possibly end her life. No one was willing to take that chance.

One week after that horrific experience, Diana appealed to her blog readers for support and help in finding a way to deal with the feelings she was left with when the expedition failed. Even with an outpouring of supportive from her fans, it was a struggle but she did finally come to terms with the extreme disappointment and was able to look back on the attempt with pride.

Diana has many other projects in the works that will bring her success. The Huffington Post has nominated her for the Ultimate Healthy Living Game Changer and she is also a WOWSA Woman of the Year Nominee -Inspiration and Determination Redux. And she has other dreams – a one-woman show, a book, boosting her fitness business BravaBody.com. She isn’t lacking in motivation or supportive, loving admiration.

And yet, she feels she must continue to pursue her Xtreme Dream. Here is what Diana says:

So here I am, unable to turn away from this Xtreme Dream. Swimming from Cuba to Florida has grown far, far beyond a sporting event for me at this point…The vision of reaching that shore is alive in my soul now…I will never give up. I will make it from Cuba to Florida. For me. For you. For all of us who want to live inspired lives.

The folks at World Open Water Swimming Association believe Diana a worthy nominee of their award because of “her motivating nature, her relentless work and her genuine efforts to help women over the age of 40 become fit and live boldly…”

If you are so inclined, you can vote for Diana here.  You can visit Diana’s blog here to read the full account of her adventure and view the amazing photos and videos. I promise, you won’t regret one second of the time you spend on her site.

So, pulling ourselves back into our own little ordinary worlds, let’s consider our levels of commitment, perseverance, and determination to reach our goals. We have what it takes, but can we follow through? And what if we fail as Diana did?

If we fail, we take some time to lick our wounds and have a pity party. Then we put our ‘big girl panties’ back on, get off our butts and get back in the game! We remember what Diana endured in her efforts to reach her goal and the fact that she’s not done yet.

Finally, we will reflect on our past attempts with pride in all our hard work, have confidence that this next attempt will be more successful and live boldly with no regrets, because every failure is a learning experience that brings us one step closer to reaching our goals.

You wouldn’t give up, would you? No regrets, right? 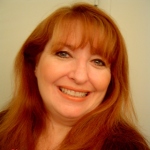 Marcia Richards is a veteran blogger and author of Marcia Richards’ Blog…Sexy. Smart. From The Heart. Marcia writes about Sweet Obsessions, Women, History, and the path to realizing your dreams. She has a Historical Trilogy and a collection of Short stories in progress. When she’s not writing, she can be found playing with the grandkids or her husband, traveling or turning old furniture into works of art. She believes there is always something new to learn.

27 Responses to Will You Look Back Without Regrets? by Marcia Richards