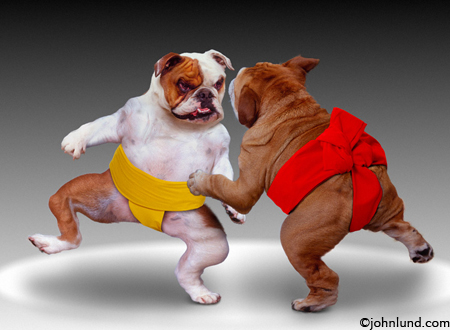 Tonight is the deadline for the Dirty Fighting contest! All entries must be in my inbox by the time I get up tomorrow morning to be considered. If you missed the details of the contest, please click here.

To things sum up, Tiffany Lawson Inman, editor extraordinaire and instructor at Lawson Writer’s Academy, will be our judge for the three finalists.

What GRAND PRIZE do these three lucky finalists get?

I’ve heard so many of you grousing about this 150 word thing that I had to pull one of my fight scenes that I thought could use some juicing up. Could I do it? Could I get it down to 150 words? Was I too hard on my fantastic More Cowbell posse?

Forgive me in advance because these two particular characters swear a bit, especially when they’re fighting dirty, which they are. To give you one piece of backstory, “Captain”  denotes one of my favorite insulting phrases, used earlier in this book: “Captain Bringdown flying the mothership.” Captain Bringdown is NOT a nice name to be called.

As you read through the entry below, see if you can define the dirty fighting techniques used. To give you a hint, arguments can be successfully made for:

#7 – Cross Complaining: When your partner complains about something, make sure you raise a complaint of your own. “I forgot to make up the bed? How about all the times you haven’t taken out the garbage?”

#10 – Using Sarcasm: This really gets their goat! “Well, lookee here at who’s so perfect all the time!” Use just the right tone and your partner may not have a good comeback. Push their buttons!

#11 – Asking Why: Treat your partner like an irresponsible child. “Why didn’t you clean up after dinner?” “Why don’t you love me like John loves Helen?” Make your partner feel that he or she is incapable of an adult relationship rather than focusing on the issue at hand.

#18 – Labeling: Learn some negative terms like “neurotic,” “alcoholic,” “immature,” or “paranoid” to use whenever you want to give the impression that the other person is at fault. For a potent impact, use a term like “You slob…” whenever you want to suggest that your partner is inherently flawed as a person rather than focusing primarily on behaviors that can change.

#23 – Self-Righteousness: This is the great morale builder. By listing and reciting every slight, injustice, inequity you’ve suffered through and sacrifice you’ve made, you will experience a renewed sense of self-righteousness. Giving advice on how to think, act, and
feel maintains the superiority you need. You can use this approach to justify almost any activity you want to engage in.

Patrick rounded on Thea. “Why would you speak to her like that?

She leveled him with a seething stare.

“I repeat. What the fuck was that all about?”

Shoving to her feet, she got in his face. “I’m thinking you need to bring it down. I don’t see why you’re in a twist because I didn’t make polite chit-chat with the nun.”

“Yeah, well why don’t you clue me in because you just treated her with all the warmth of an arctic blast. That’s Max’s sister for Christ’s sake.”

Thea drilled one of her lethal nails into his shoulder. “Max doesn’t need a sister like that. Where’s she been all these years? And she comes to take the family curtain call now that her sister is dying.”

“Don’t you call me ‘Captain’ in that stick-up-your-ass voice.”

Following this scene, you find out that Thea’s foul mood has to do with her visit to Max (her best friend) in the hospital the night before, but you don’t know any of that when you read the above scene. Like I said before, we really just want the brawl. 🙂

It’s OK to take some of the physical action out here – trust me, Tiffany will put it back in because she doesn’t have the same word count constraints that you do. This is the only down side of having a fun contest! I can’t enter  and have Tiffany dissect this for ME.

But you can! As long as you do it between now and the wee hours of the morning Wednesday before I wake up. To answer a few of you, yes you can submit multiple entries. I want to see you take your new Dirty Fighting techniques and THROW IT DOWN!

Taking my entry above, can you tell me which techniques were used by Patrick and which ones Thea whipped out? (She has a potty mouth like that all the time. He only does it when he’s incensed.) All ideas about making this a more powerful scene are welcome and appreciated!

How many of you still have entries to send in? Enquiring minds always want to know here at More Cowbell!

21 Responses to Final Prep For The Big Dirty Brawl!